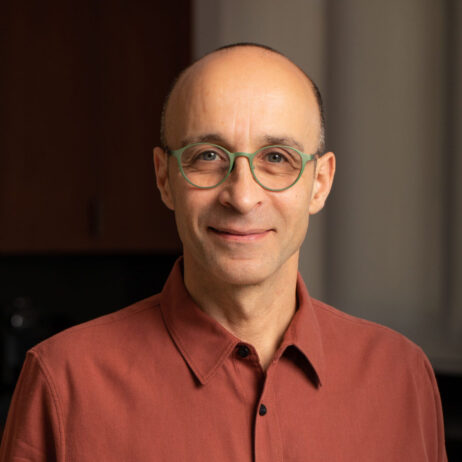 Originally from Marjeyoun, a small town in South Lebanon, Amer Deeba recognizes the power of education. He grew up during the civil war in Lebanon and saw himself the tribulations and impacts of conflict, and was still a child when the fighting got close to home and he had to escape to Beirut in the trunk of a taxi. Through these experiences, Amer’s parents instilled in him a deep appreciation for education and a drive towards excellence that led him to graduate from American University Beirut with a degree in Electrical Engineering before his passion for computer programming led him to Silicon Valley, USA.

Deeba moved to the USA to study for his Masters in Computer Science at Santa Clara University. With only a one-way ticket and a few hundred dollars, he was determined to make something of himself. Soon after graduating, Amer was offered a job at Verity, and instead of pursuing a PhD, he kicked off his professional career. Amer has quickly become one of the most sought-after executives in Silicon Valley, celebrated for his unique problem-solving skills and creativity. He has now been in the IT industry for 20 years and has developed an expertise in customer relations and marketing. Deeba played an instrumental role at Adobe Systems developing the Acrobat Reader and later shifted his focus to the business side of IT. At VeriSign, he served as a GM for Payment Services. Deeba worked at Qualys for most of his career and held various positions. He started as a Chief Marketing Officer, and later, was promoted to the role of Vice President of Corporate Development and Strategic Alliances. Before leaving Qualys, he worked as the Chief Commercial Officer for two years. His other accolades at Qualys include playing a pivotal role in taking the company public. In 2018, Deeba left Qualys and joined Moogsoft as the Chief Operating Officer. Currently, Deeba is working as a GTM advisor for multiple cybersecurity companies including Monad Inc and CyCognito.

Over the course of his career, Amer Deeba became close to Philippe Courtot, a French-American entrepreneur who acted as a friend and mentor to Deeba in his life. When Courtot, along with his partner Freya Eduarte, founded the Eduarte Courtot Foundation, Deeba joined in acknowledgement of the role education played in his life, and to fulfill his desire to give others the same opportunity. Deeba now serves as the Middle East Liaison. Deeba regularly corresponds with schools in the Middle East to understand and develop ways that the Foundation can help them achieve their objectives. Lebanon is a big part of Deeba and he has worked with multiple schools there. After the explosion in Lebanon, the Foundation donated to NGOs working in the area with the elderly and children who needed medical help. Deeba has continued to personally support other organizations working in Lebanon as well, including, the American University of Beirut, Save the Children, Red Cross, Teach for Lebanon and Seal USA. He lives in San Francisco with his wife, Rosie, and their son, Elias.